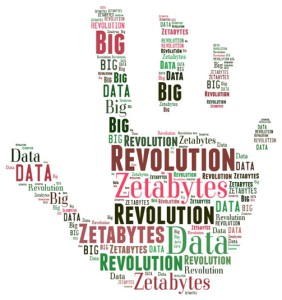 “Revolution” is a term heard all too often in internet blog sources. It’s a PR catch-phrase that continues to be stretched to the most mundane of introductory services and ideas – 99% of which could hardly be categorized as revolutionary. Very few concepts qualify.
That is why it is so important to note that BIG DATA – TRULY- is revolutionary. According to SINTEF, the largest independent research organization in Scandinavia, 90% of data in the world today was created in the last two years. Big data has never been this big, and according to the International Data Corporation, the volume of data will be 44x larger in 2020 than it was in 2009 totaling 35 zettabytes.
So what does this mean for businesses in the world today?
Unfortunately for many – it doesn’t mean much yet. According to a study in which 300 IT professionals were interviewed, 58% of all Big Data projects undertaken by big business today remain incomplete, in spite of Big Data and Advanced Analytics being stated by four out of five companies last year to be their highest priority.
Luckily for some, they have found ways to make big data work for them. Trident for instance, introduced paid search analytics for sales occurring on the web and to their call center. The result? Sales costs dropped by 50% while sales volumes increased by %10 simultaneously, in a 60 day period. That’s less time than it takes to change a habit.
Sales effort optimization is only one of many uses for Big Data in Big Business. Big Data can be used to identify problem areas in distribution or optimize package delivery vehicles in real time. Big data can be used to analyze and keep inventory on thousands of SKUS across multiple stores in real time – It can even be used to create custom coupons on the fly based on the purchases made at a retail counter.
What will big data do next? If those 58% of uncompleted big data projects ever come into fruition, we’ll be sure to tell you. We do know one thing – the big data revolution will change everything.