Highlights of NAICS Changes  Include: 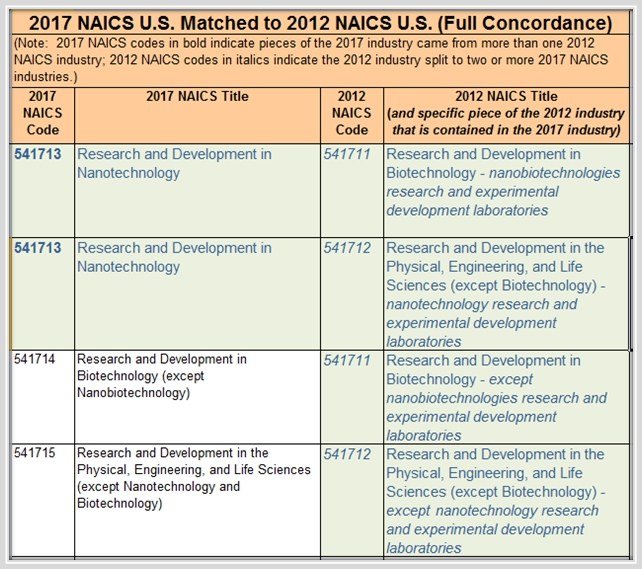 NAICS CODE CHANGES WHERE THE INDUSTRY TITLE AND DESCRIPTION ARE UNCHANGED:

Analytics cookies allow us to better understand how users interact with our website, which can help us to determine how we can improve our services to our users. We recommend keeping these cookies enabled.

These Cookies are used to allow for Advertisements that Cater to your interests. At present we do not use ads on the site, so feel free to disable these cookies.

These are cookies that have yet to be defined in our system. Disabling these should not impact website performance.